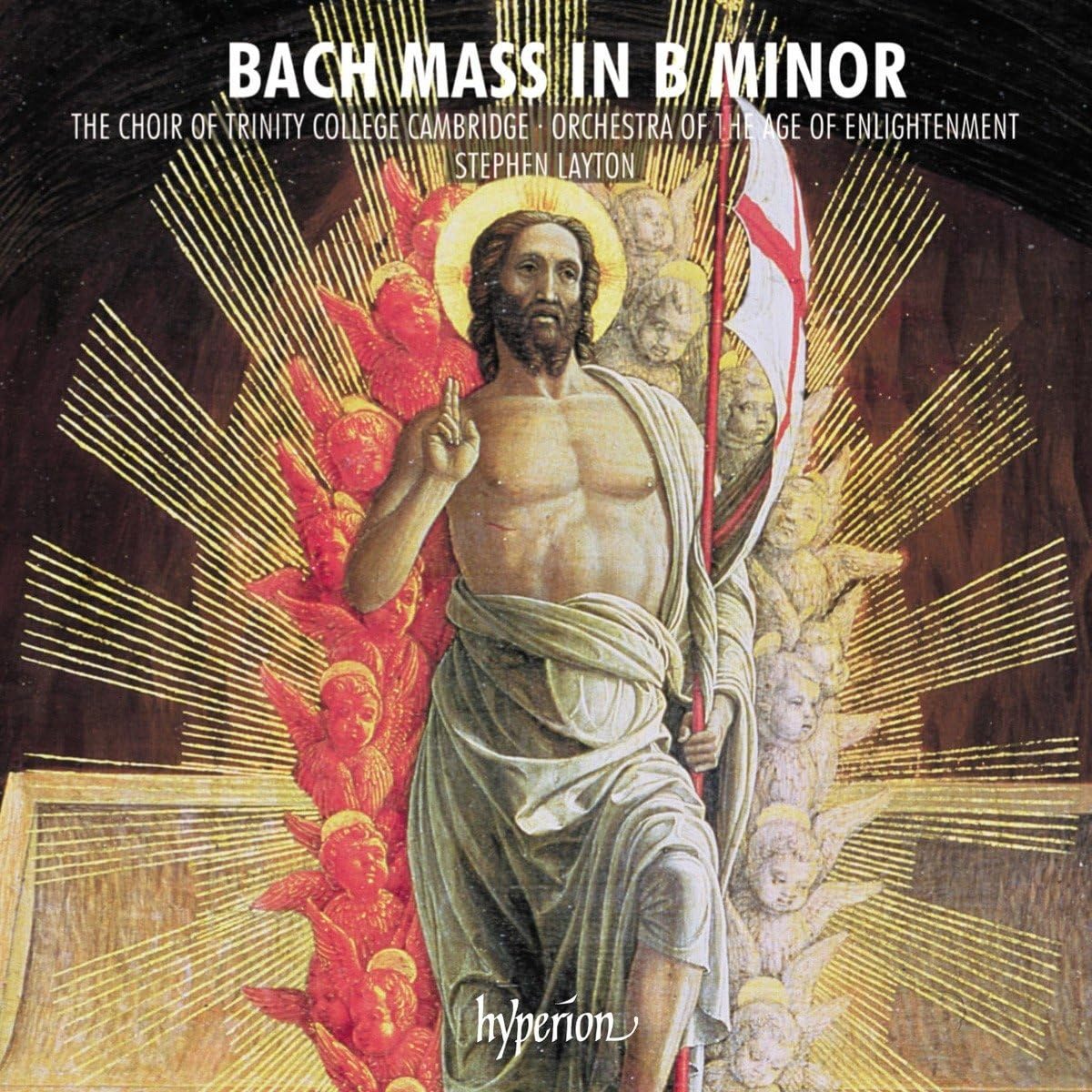 Within a decade of taking up his post as Thomaskantor in Leipzig in 1723, Bach was becoming ever more frustrated with the Saxon city’s civic politics. Never one to compromise, he had clashed with the authorities almost from the word go. In August 1730 complaints that he had been neglecting his duties led him to submit a ‘brief but highly necessary draft of a well-appointed church music’ to the Leipzig council. Inter alia, he pointed out that he did not have sufficient skilled singers and, especially, players at his disposal. Bach’s protests fell largely on deaf ears. In October he wrote to an old schoolfriend, Georg Erdmann, asking about the possibility of a post in Danzig, adding that the Leipzig authorities are ‘very strange and little interested in music, so that I have to live amid almost constant vexation, envy and persecution’. Bach’s official role was as teacher-cum-music director, with duties that included giving Latin instruction to the boys in St Thomas’s School. For Bürgermeister Jakob Born and others on the city council, the composer was behaving like a Kapellmeister with attitude, one who had tasted too much renown for his own good.

Bach remained in his Leipzig post until the end of his life. But after devoting himself intensively to the production of music for the Lutheran liturgy, his creative focus shifted: to the city’s Collegium Musicum—an ensemble of students and professionals which held weekly concerts in Gottfried Zimmermann’s fashionable coffee house—and to the world beyond Leipzig. Above all, Bach avidly cultivated his ties with the Dresden court, whose lavish musical resources he had highlighted in his memorandum to the Leipzig authorities. In July 1733 he travelled to the Saxon capital in the hope of obtaining a court title from the new Elector, Friedrich August II, that would in turn enhance his status in Leipzig. In his portfolio was a recently composed Missa (consisting of the ‘Kyrie’ and ‘Gloria’), offered to the Elector in what seem to us toe-curlingly obsequious terms: ‘In deepest Devotion I present to your Royal Highness this trifling product of the science which I have acquired in Musique, with the most humble request that you will deign to regard it not according to the imperfection of its Composition, but with a most gracious eye, in accordance with your world-renowned Clemency, and thus take me into your most mighty Protection’.

In the event Bach was not granted the honorary title of Court Composer to the Saxon Elector and King of Poland until 1736, after flattering August II and his family with a stream of homage cantatas. By then the ‘trifling product’ had probably been heard at least once in Catholic Dresden, perhaps, as the Bach scholar Christoph Wolff has proposed, during Bach’s visit in the summer of 1733. Nor is a performance in Protestant Leipzig out of the question. The ‘Kyrie’ and ‘Gloria’ of the Mass Ordinary formed part of the Lutheran liturgy at high feasts and special thanksgiving services; and the Missa could well have been heard in one of the city’s principal churches. Indeed, parts of the new Missa may have been performed in St Nicholas’s in April 1733, when Friedrich August II attended a service to receive an oath of fealty from the Leipzigers.

We can only speculate why in 1748–9, at the end of his life, Bach expanded the Missa into a full Mass, drawing on a six-part D major ‘Sanctus’ composed for Christmas Day 1724, and movements from assorted church cantatas. (Bach had already reworked a movement from Cantata 29, ‘Wir danken dir, Gott’, as the ‘Gratias agimus tibi’, and part of the opening chorus of Cantata 46, ‘Schauet doch und sehet’, as the ‘Qui tollis’.) Certainly, the Mass in B minor, as the Missa tota became known after its publication a century later, was never performed in full during Bach’s lifetime. Lasting nearly two hours, the complete work was far too long for performance at either a Lutheran or a Catholic Mass. But its constituent parts—Missa, Symbolum Nicenum (i.e. ‘Credo’), ‘Sanctus’, and the final section comprising the ‘Osanna’, ‘Benedictus’, ‘Agnus Dei’ and ‘Dona nobis pacem’—could have been performed separately. Perhaps Bach was hoping that the work would be taken up in Dresden. One scholar has recently proposed a Viennese connection to the Mass, with a St Cecilia’s Day performance in St Stephen’s Cathedral organized by Bach’s acquaintance Count Johann Adam von Questenberg. Parts of the Mass may have been heard in Leipzig in the last year of the composer’s life. But with no surviving documentation, all this remains speculation.

Perhaps the traditional, Romantic view is nearer the mark after all: that the aged Bach compiled the Mass, unprecedented in its monumentality, not for immediate use, but as an encyclopaedic conspectus of his art and a choral counterpart to The Art of Fugue or the Musical Offering. The first complete performance, in Leipzig, took place in 1859, over a century after Bach’s death. When the Zürich music publisher Hans Georg Nägeli issued the ‘Kyrie’ and ‘Gloria’ in 1833, he proclaimed them as ‘the greatest musical work of all times and peoples’. For Benjamin Britten the B minor Mass was, with its spiritual antithesis, Schubert’s Winterreise, one of the twin peaks of Western civilization. He had a point.

The Mass’s protracted origins, stylistic heterogeneity and use of ‘parody’—common to most of Bach’s vocal works composed after 1730, most famously the Christmas Oratorio—have made some commentators uncomfortable. Except for the ‘Sanctus’, each of the four sections contains music originally written for non-liturgical purposes. Yet Bach forges diversity into a mighty unity, with a balance of keys, centred on B minor and, especially, D major, with its attendant trumpets and drums. The multi-movement ‘Gloria’ and Symbolum Nicenum have comparable symmetrical structures, while Bach confirms the unity of the whole Mass by bringing back the D major ‘Gratias agimus tibi’ as the ‘Dona nobis pacem’: a joyous final resolution of the grieving ‘Agnus Dei’, and, beyond it, of the tortuous opening B minor ‘Kyrie’.

Throughout the B minor Mass Bach juxtaposes the most varied musical styles, as Mozart was to do in his unfinished C minor Mass nearly half a century later. (Coincidentally, these are the only two Masses routinely identified by their key alone, their composer’s name superfluous!) The ‘Christe eleison’ duet, with its suave, galant phraseology and carolling thirds for the soprano soloists (just the kind of thing to appeal in fashionably up-to-date Dresden) comes between two contrasting ‘Kyrie’ settings. The first ‘Kyrie’, for five-part chorus, follows a mighty exordium for full choir—perhaps the most thrilling opening of any sacred work—with a sombrely magnificent fugue on an angular chromatic subject expressive of penitential awe. In a soundscape that combines maximum complexity with intense beauty, the orchestra (pairs of flutes, oboes d’amore and bassoons, plus strings) is often independent of the voices, creating textures of up to seven parts. Bach draws on the stile antico for the second ‘Kyrie’, an austere fugue in four parts, with the voices doubled by the instruments throughout. Not for the only time in Bach’s music, the fugue subject here traces the outline of a cross.

Subsequent sections of the Mass show a similar stylistic disjunction. Several German scholars have surmised that the rollicking D major opening section of the ‘Gloria in excelsis Deo’, like a celestial Passepied, may derive from a lost instrumental concerto. Later in the ‘Gloria’, the ‘Gratias agimus tibi’, beginning in the old ‘Palestrina’ style and ending in trumpet-festooned splendour, contrasts both with the galant soprano aria ‘Laudamus te’, with its florid solo violin part (more concerto influence here), and the lilting duet ‘Domine Deus’. Here Bach sets the solo soprano and tenor against an enchanting—and decidedly galant—tapestry of airil

8 issues per year 84 pages per issue Subscription only

British Wildlife is the leading natural history magazine in the UK, providing essential reading for both enthusiast and professional naturalists and wildlife conservationists. Published eight times a year, British Wildlife bridges the gap between popular writing and scientific literature through a combination of long-form articles, regular columns and reports, book reviews and letters.

Subscriptions from £40 per year
Go to British Wildlife

4 issues per year 44 pages per issue Subscription only

Conservation Land Management (CLM) is a quarterly magazine that is widely regarded as essential reading for all who are involved in land management for nature conservation, across the British Isles. CLM includes long-form articles, events listings, publication reviews, new product information and updates, reports of conferences and letters.